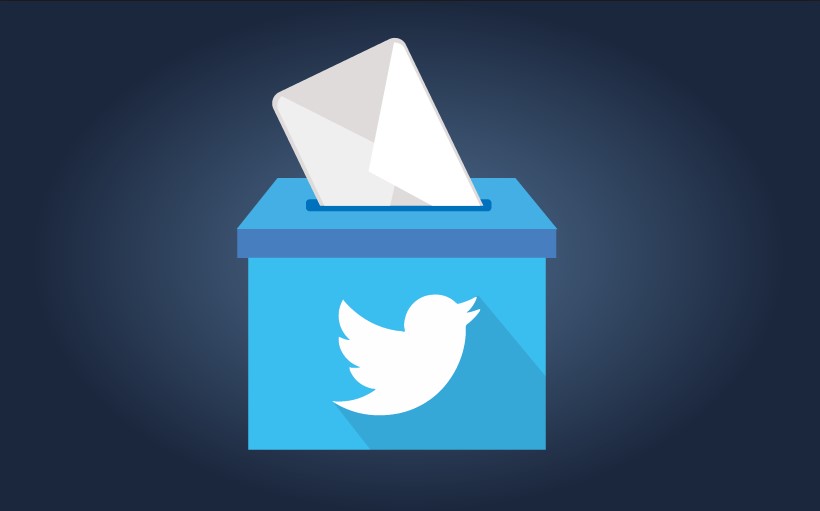 I had put a poll on twitter yesterday with options to choose from various combinations of Winrate and Risk:Reward(RR)

Assuming that the number of trades & starting capital are equal, Which system would you choose?

WR= Winrate and R:R = Risk:reward. Please do remember that winrate is a very popular term in the trading world and sometimes, the only parameter that decides the choice

Before getting into the groove of things, I would like to elucidate a bit about ‘Expectancy’ of a system. This term was coined by Van Tharp and here it is:

If we insert this formula with the numbers given in the poll, We get the following –

So, what is this expectancy? Expectancy is how much one can expect to make on the average over many trades. Expectancy is best stated in terms of how much you can make per rupee you risk. Tharp talks in terms of R-multiples but let us just focus on it in layman terms.

1. It is quite obvious from the above calculation that higher the expectancy, greater is your chances of making money in the markets. So, as a new trader, it is pretty easy to select the option # 4 from the choices. No brainer there.

2. Few people pointed out that Option 1 is better as it is easy on psychology of the trader. It is true to an extent but if one is striving for better risk adjusted returns, option 4 is the obvious choice again (especially for a pure trend follower). Different people, different choices 😊

3. Some people take profits on the way and they would have naturally gravitate towards a better winrate system with lesser R:R. The traders who trail profits will almost always have a lower WR but better RR system in hand.

4. As I always advocate that there are various ways to skin the cat, nothing is right or wrong here. We just need to pick what is comfortable for us. But, if one has to analyse logically, it is option 4. On a side note, one comment mentioned that we need to find system that have a expectancy like the choices mentioned 😊. Fair enough !!

5. The traders who are new to the market gets enamored by the high winrate for a very simple reason – typically, they don’t want to take losses (Forget about newcomers – even the experienced lot do not like to take losses). Their mind can never get around in accepting the losses. So, they naturally gravitate towards high winrate as high WR typically means more number of winners than losers. But, what they forget is the other side of the coin – the Risk:Reward. They lose more when they lose and win less when they win. This has many statistical implications. We will see that in detail in the next section of this post.

6. Winrate and Risk:Reward should be seen together. They are like peas and carrots, day and night – always go together. This is why I like this expectancy as it nicely clubs both the parameters to give a logical view of the system in hand.

7. Few people have voted for option 3 as they feel high winrate can give them the psychological comfort – again, this is just another way of telling that ‘I don’t want to take losses’. As some great trader mentioned. ‘avoiding losses in trading is like you want to breathe in but don’t want to breathe out’. But if it works for you, great !!

In-depth analysis of the poll

1. Most of the stock market strategies employ trend following concept and the pure essence of trend following is to let the profits run. So, the detailed analysis is based on that assumption.

2. First let us dissect what High Winrate really means. Typically, a high WR system will have low Risk:Reward (compare to a low WR with same expectancy). This is a given. But, this also means that the average loser of a high WR system is usually larger than a low WR system(assuming the timeframe and expectancy are the same). In a trend following system, high WR is usually achieved by giving so much room for the market to catch the trend. Statistically, bigger SL will have a huge drawdown potential (am talking about maximum drawdown) and if the max DD is high, it is very difficult to proceed with the system for two important reasons –

a) The recovery factor will be high – meaning the number of trades it takes to get back to equity high(again) will be more and the problem exasperates if someone is trading higher timeframe. People grossly underestimate time drawdown – but it is a different topic altogether

3. When a system has a bigger SL (again assumption is that we are talking about pure trend following systems with trailing stoplosses) like a moving average crossover system, the time the market spends between the entry point and stoploss is huge. This has so many psychological ramifications –

a) It can create havoc to our mind as it will feel that we are always in loss (even though it is not realized). One can draw analogy with an investor who enters a stock and the stock is underwater for 2-3 years. It is a very tough phase for that investor if he is still holding it.

b) It can force a trader to make mistakes (not following the plan) and just letting the emotions take the driver seat (how many of us have heard this ‘ I felt uncomfortable in the trade and got out but only to see the market moving in my favor again’). So, wider SL is a fertile ground for all these mishaps in the thought process.

On the other hand,if WR is less with smaller average losses, it will diminish the active trade time in grey area (between entry and SL) and give us a big advantage mentally.

4. Lesser WR and higher RR generally means smaller losses (compared to high WR and low RR/same expectancy system) and consequently, a trader can be well equipped for the proverbial series of losses in a row. One can place large number of bets or trades before we reach out max limit. So taking randomness into account, we give ourselves a fair chance to be in the game. Not to mention, these smaller SLs will also cap the maximum DD and will keep it nicely in control.

The below picture shows the 95% probability of losing streaks for various winrates. Even a 50% winrate system can have 16 losses in a row over 5000 trades. It is not a question of how but it is a question of when. 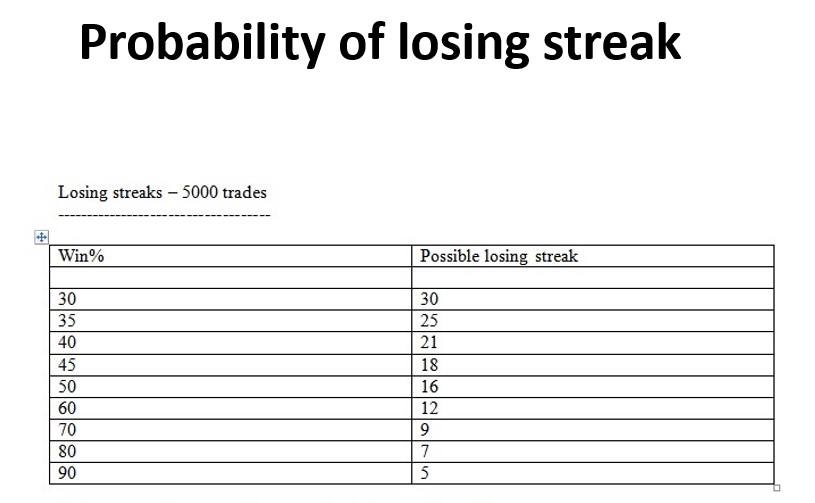 5. On the flip side, Low WR and high RR will never have even distribution of profits as the system will turn positive only with large profits. If one misses those trades, then the performance would be pretty dismal.

6. The interesting thing is that most of us would feel better with a system that produces more winning trades than losers. The vast majority of people would have a lot of trouble with the 4th system (even though it has the best statistical advantage compared to other systems) because of our natural tendency to want to be right all of the time.